I am a returning customer

If you already have an account with us, please login at the login form.

Thank you for registering with vapelargest!

You will be notified by e-mail once your account has been activated by the store owner.

If you have ANY questions about the operation of this online shop, please contact the store owner.

Your shopping cart has been saved, the items inside it will be restored whenever you log back into your account. 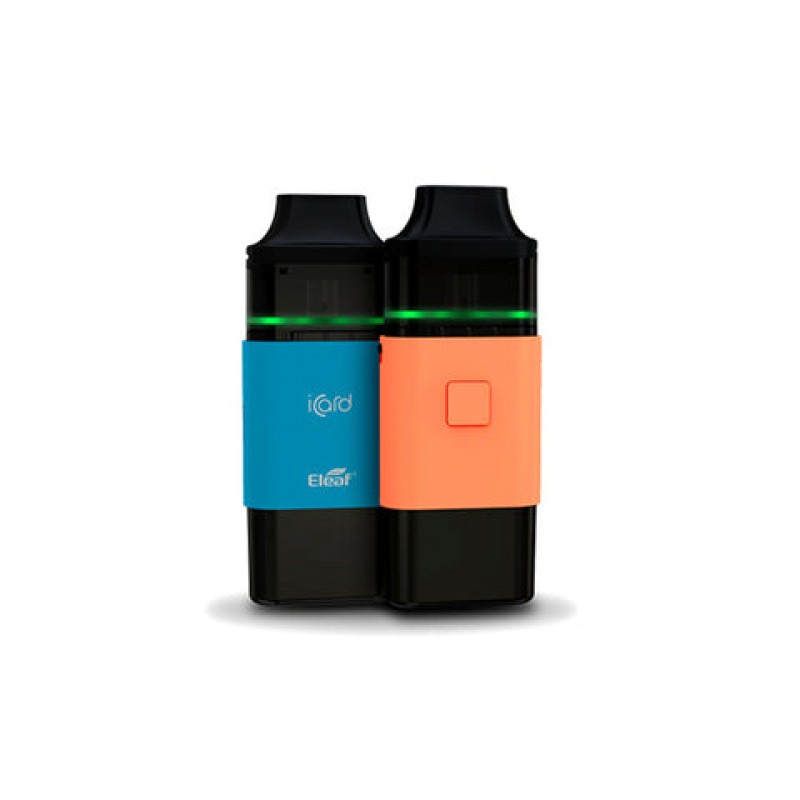 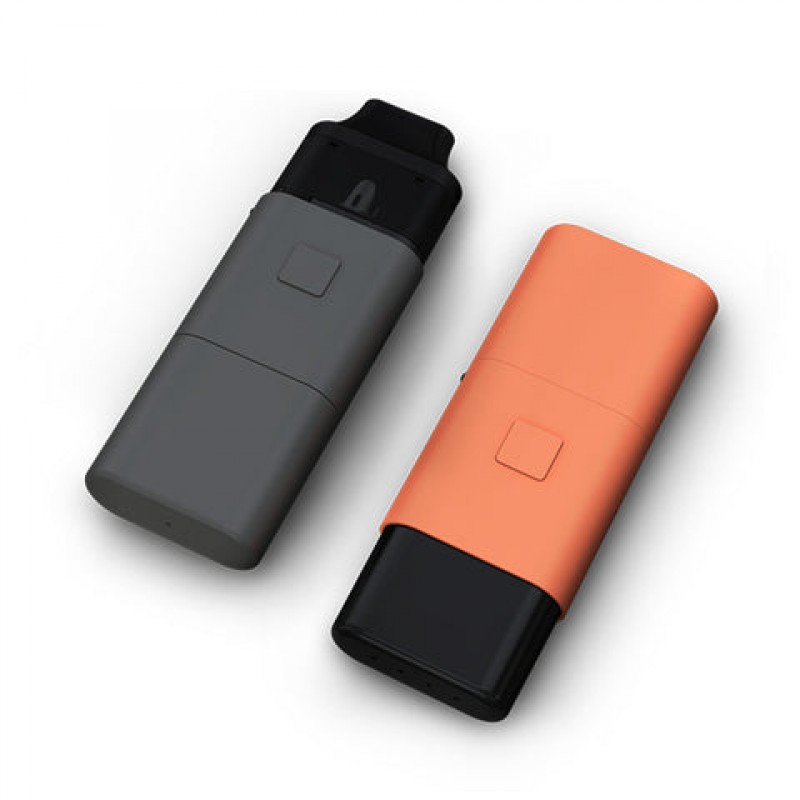 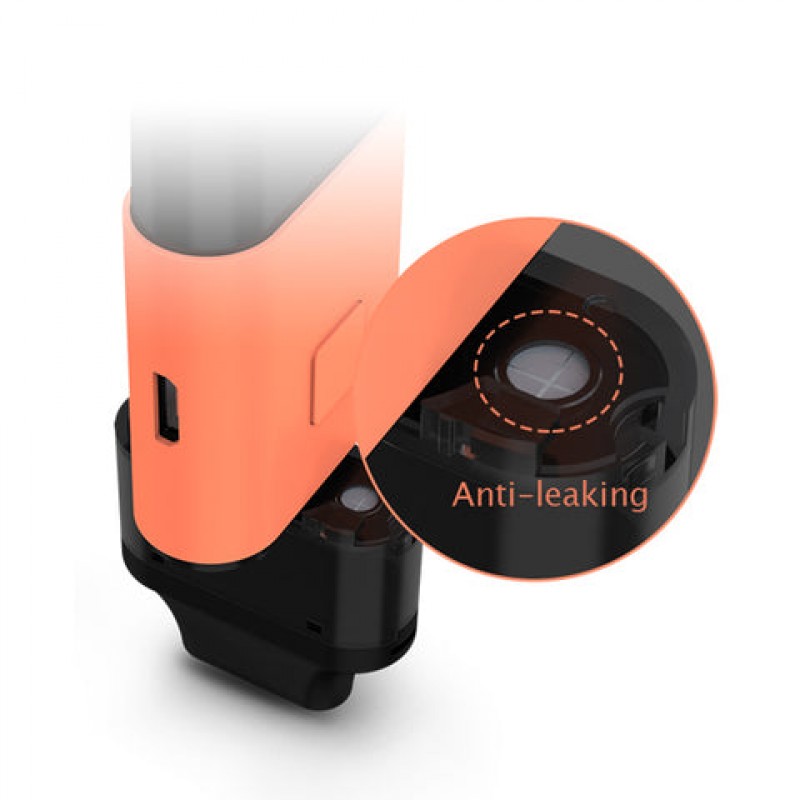 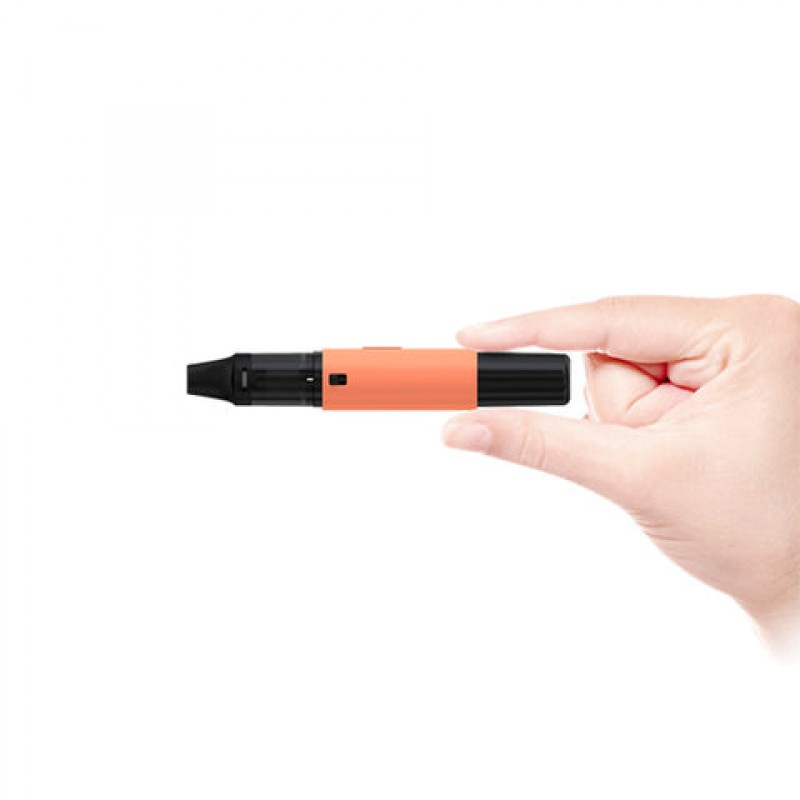 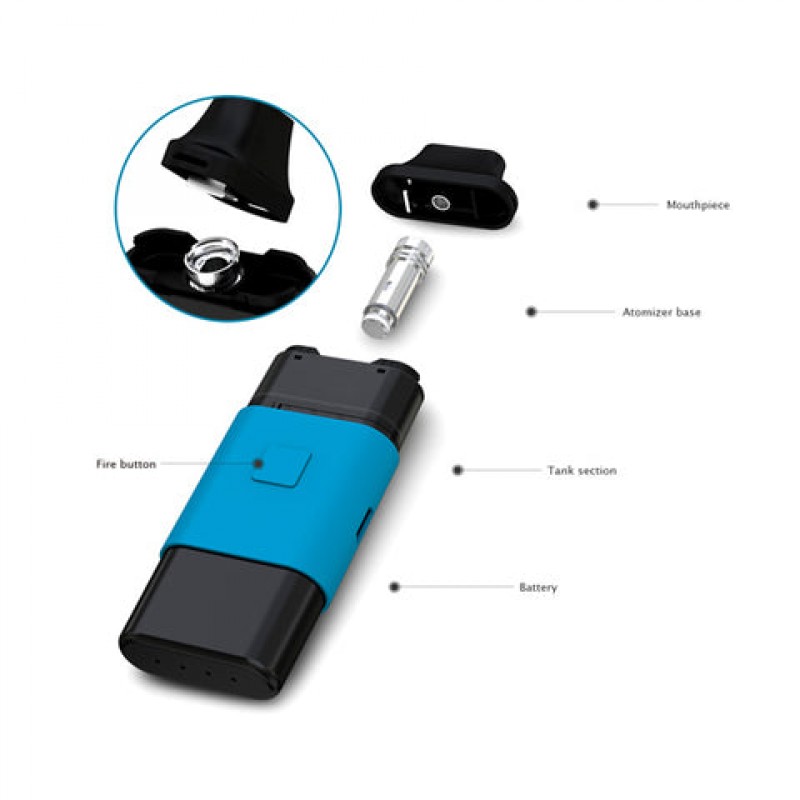 Eleaf iCard Kit (All-in-One)Thanks to the exceptional technologies and user-centric advancements in the vaporizer industry, the digital platform has evolved from a small, niche community, to a legitimate, worldwide revolution. Manufacturers constantly push the performance envelope, competing aggressively for consumer dollars. Naturally, this has resulted in stunning product lineups, which vape ent..

Thanks to the exceptional technologies and user-centric advancements in the vaporizer industry, the digital platform has evolved from a small, niche community, to a legitimate, worldwide revolution. Manufacturers constantly push the performance envelope, competing aggressively for consumer dollars. Naturally, this has resulted in stunning product lineups, which vape enthusiasts enjoy.

Nevertheless, one unavoidable dynamic is that most manufacturers aim for the sub-ohm vaping subcategory. This sector gets the most attention due to consumer demand. With the sub-ohm platform, end-users are able to produce the massive clouds and exceptional flavor quality for which the broader vaping industry is known. But that tends to leave out another set of enthusiasts: those who are transitioning from traditional, analog platforms.

This is where the Eleaf iCard Kit enters front and center. Eleaf has earned a reputation as an “everyman’s vaping company.” Rather than chasing trends that are here today, gone tomorrow, Eleaf instead focuses on making excellent vape devices with clean classic aesthetics, incredible reliability, and high value-for-dollar ratios.

The Eleaf iCard Kit is the quintessential compact, all-in-one vaporizer system for mouth-to-lung (MTL) vapers. MTL vaping is the drawing technique preferred by “traditionalists” – the end-user draws in the vapor from the device, holds it in the mouth briefly before inhaling into the lungs. While such techniques can be performed in sub-ohm vaping devices, an MTL-specific vaporizer is specially engineered for efficiency, flavor profile, and reliability.

Upon opening the packaging for the Eleaf iCard Kit, you’ll be immediately struck with how clean the lines are. Unlike so many sub-ohm devices that dominate the vaping landscape, the iCard Kit is exceptionally handsome, and best of all, discreet. You’re not going to find the gaudy, “look at me” accoutrements in the iCard; instead, you’ll find a classic, timeless design that is purpose-built for functionality.

That’s not to say that the Eleaf iCard doesn’t have a personality, because it’s got that in bundles. But the focus here is really on inconspicuous enjoyment. The iCard resembles a flash-memory device, something that’s found everyday in homes and offices. To add a little pizzazz, Eleaf offerse five color options for the iCard – the darker ones are for under-the-radar vaping, while the lighter colors add a little “kick” to the aesthetic presentation.

Without the top cap attached, the Eleaf iCard stands at a notably compact 3.42 inches. At its widest, though, the iCard is a mere 1.34 inches, and depth-wise, a nearly imperceptible 0.55 inches. In other words, if portability was your primary concern, the iCard has you covered seven ways till Sunday!

One nifty feature to note about this all-in-one MTL kit is that it incorporates a “dual-purpose” cover. When not in use, the top cap sits flush atop the mouthpiece. When in use, the top cap can be fitted into the base of the device. This frees up space, and eliminates the need for awkwardly looking for somewhere to put your cap.

Another great and unique attribute of the Eleaf iCard Kit is its e-liquid reloading process. Neither a top-fill system (often found in leading sub-ohm tanks) nor an inconvenient “bottom-feeder,” the iCard has a reservoir tank that can be unlocked and rotated outward. This action reveals an anti-leaking fill portal, upon which you simply drip your choice flavors. It’s a remarkably creative solution to a problem that has plagued all-in-one vaporizer manufacturers, demonstrating how Eleaf has remained a step ahead of the game.

Capacity-wise, the e-liquid reservoir has a 2.0 ml volume, which is actually quite competitive against some sub-ohm vaporizer kits. However, because the Eleaf iCard is an MTL vaporizer, you’ll find that the 2.0 ml capacity reservoir is more than enough to last multiple sessions throughout the day. All things being equal, the MTL methodology uses less liquid gold than the direct-to-lung (DTL) style that’s common today; therefore, the iCard is an ideal companion for long road trips.

Eleaf engineers integrated a 650 mAh internal battery in their MTL device. Just like the e-liquid reservoir, the pure stats alone can be deceiving. While 650 mAh may not sound like much for a sub-ohm system, MTL vaporizers are less taxing on the battery. Furthermore, the atomizer heads that are used in this subcategory are high-resistance calibrations. Higher resistance translates into less power consumption, which ultimately translates to more time on the vape, and less time recharging.

When that time comes, the Eleaf iCard has a convenient micro-USB port installed along the device’s sidewall. Just plug the iCard into a laptop computer or any other electronic device, and you’ll be good to go in no time. Because this is an MTL device with a 650 mAh battery, you simply don’t need as much juice to achieve a full recharge.

Despite its diminutive chassis, Eleaf engineers were able to incorporate a four-color LED display running perpendicular to the body, just underneath the mouthpiece. A green light indicates that battery power is between 60% to 100%. Orange indicates that 30% to 59% capacity is remaining, while blue means that capacity is down to 10% to 29%. Finally, red is 9% or below – basically, you better find a charging port fast!

Distinct for an MTL device of this size, the Eleaf iCard incorporates a dual-circuit protection system. With software and hardware fail-safes working in concert, the iCard helps prevent over-current, overcharging, and over-discharging problems. That’s just another example of smart thinking from Eleaf, allowing you to enjoy your sessions without distractions.

On the same note of safety, the Eleaf iCard also incorporates a child-proof lock. The previously mentioned swivel-tank feature utilizes a locking mechanism, which helps prevent children from gaining accidental access to the e-liquid. It’s a safety feature that seen in many vaporizer systems, but one that should be deployed in more platforms. Fortunately for us, Eleaf always has a pioneering vision.

It’s a commonly accepted notion that prior-generation MTL vaporizers didn’t always provide the best flavor profile. In addition, performance was sometimes haphazard, resulting in less-than-desirable sessions. However, Eleaf has been changing these perceptions with their long-line of incredible MTL vaporizers, and the iCard is no exception.

Underlining this all-in-one kit is the revolutionary Eleaf ID 1.2-ohm Kanthal head. Thanks to the resilient Kanthal material, vapers are able to enjoy session after session without fear of performance fades or less-than-stellar hits. Furthermore, the 1.2-ohm resistance rating helps replicate the exquisitely tight draws of a traditional analog platform. With the right level of nicotine, you can accurately replicate the throat hit that so many traditionalists crave!

Finally, no discussion about an MTL device is complete without talking about its value proposition. Typically, MTL devices cost less than their DTL counterparts. Furthermore, because MTL-vaping is less taxing on the equipment, the internal components last longer and are less taxing. Combine this with the legendary quality of Eleaf and its vast array of end-user conveniences and safety features, and you have a vaping kit that you simply cannot ignore!

Exceptional value for the money 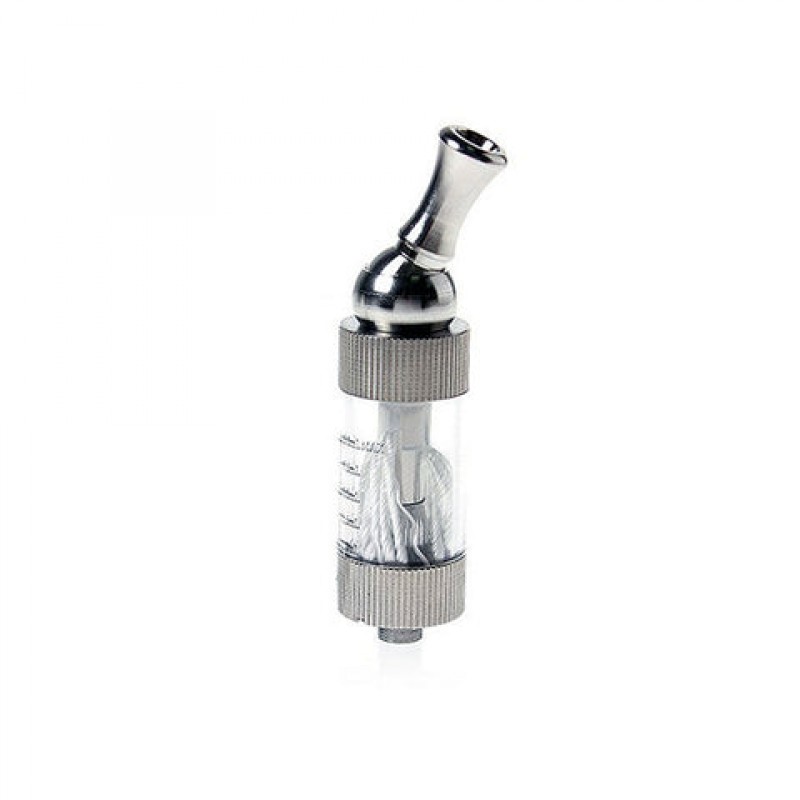 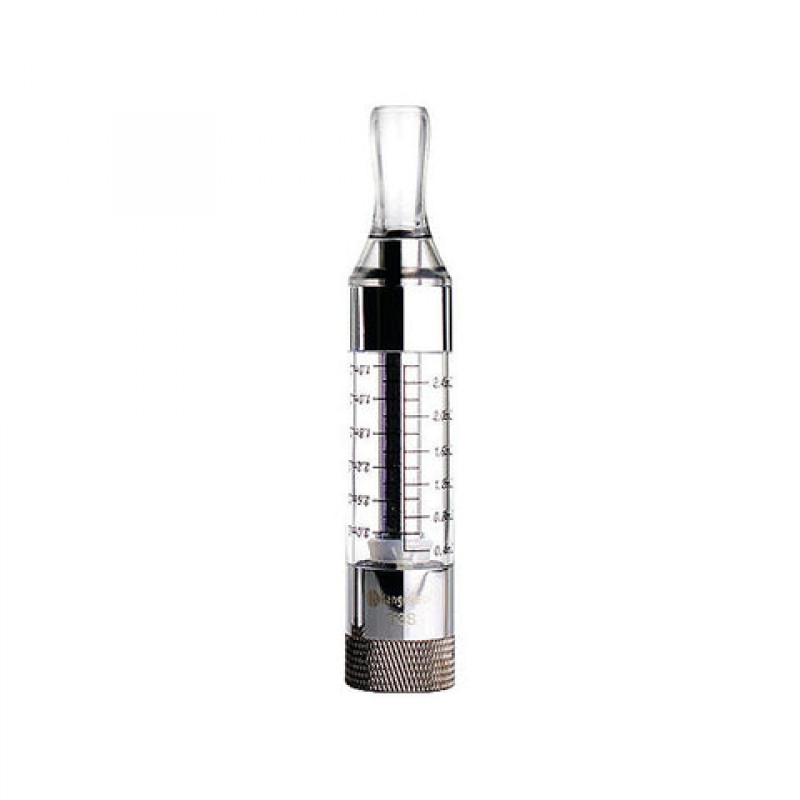 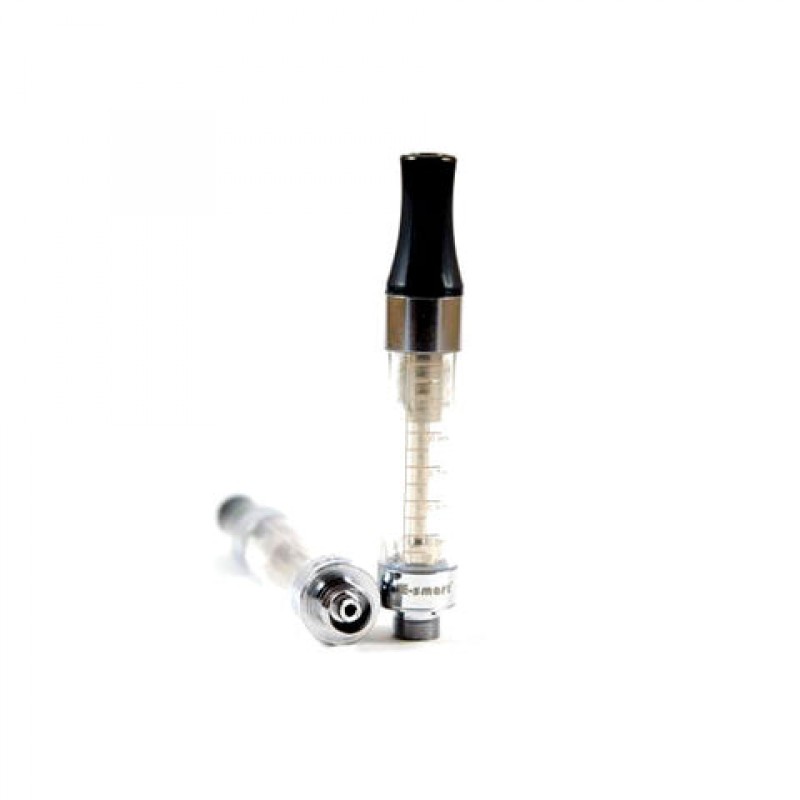 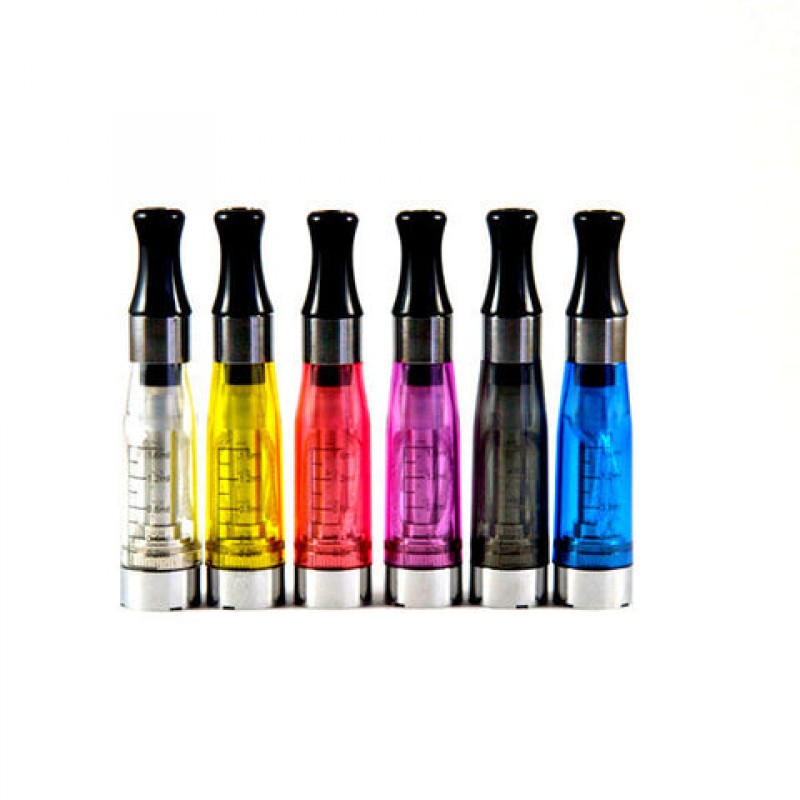 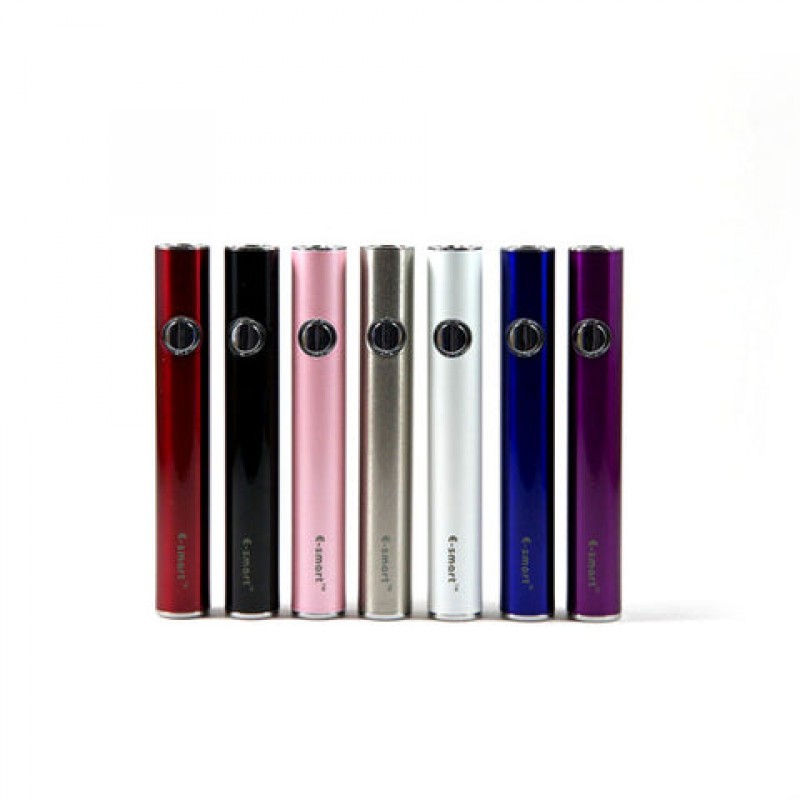